The cannabinoid-1 receptor protein (CB1) has been implicated in obesity, addiction and chronic inflammatory disease and represents an excellent drug target for their treatment. However, promising drugs designed against CB1 can cause unacceptable side-effects in a proportion of patients. Little evidence exists that mutations in the gene that makes CB1 are involved in disease progression or drug side effects. Could mis-regulation of the CB1 gene be to blame? We have shown that obesity and addiction associated mutations alter genetic control switches required to regulate the healthy expression of the CB1 gene. We also show that activating the CB1 protein activates these switches, demonstrating self-regulation, but that disease-associated mutations disable these control switches. These mutations also change susceptibility of the switches to epigenetic modification; a process influenced by early life events. We will further investigate the switches that regulate the CB1 gene in brain regions that control inflammation and appetite where we believe genetics and the environment interact to influence disease susceptibility and drug-side effects. This project will also test novel drug treatments in development by GW Pharmaceuticals to manipulate these switches aiming to accelerate the development of personalised cures for inflammatory diseases, addiction and obesity. 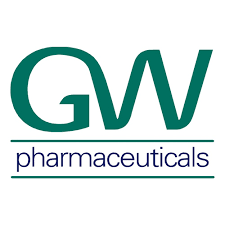